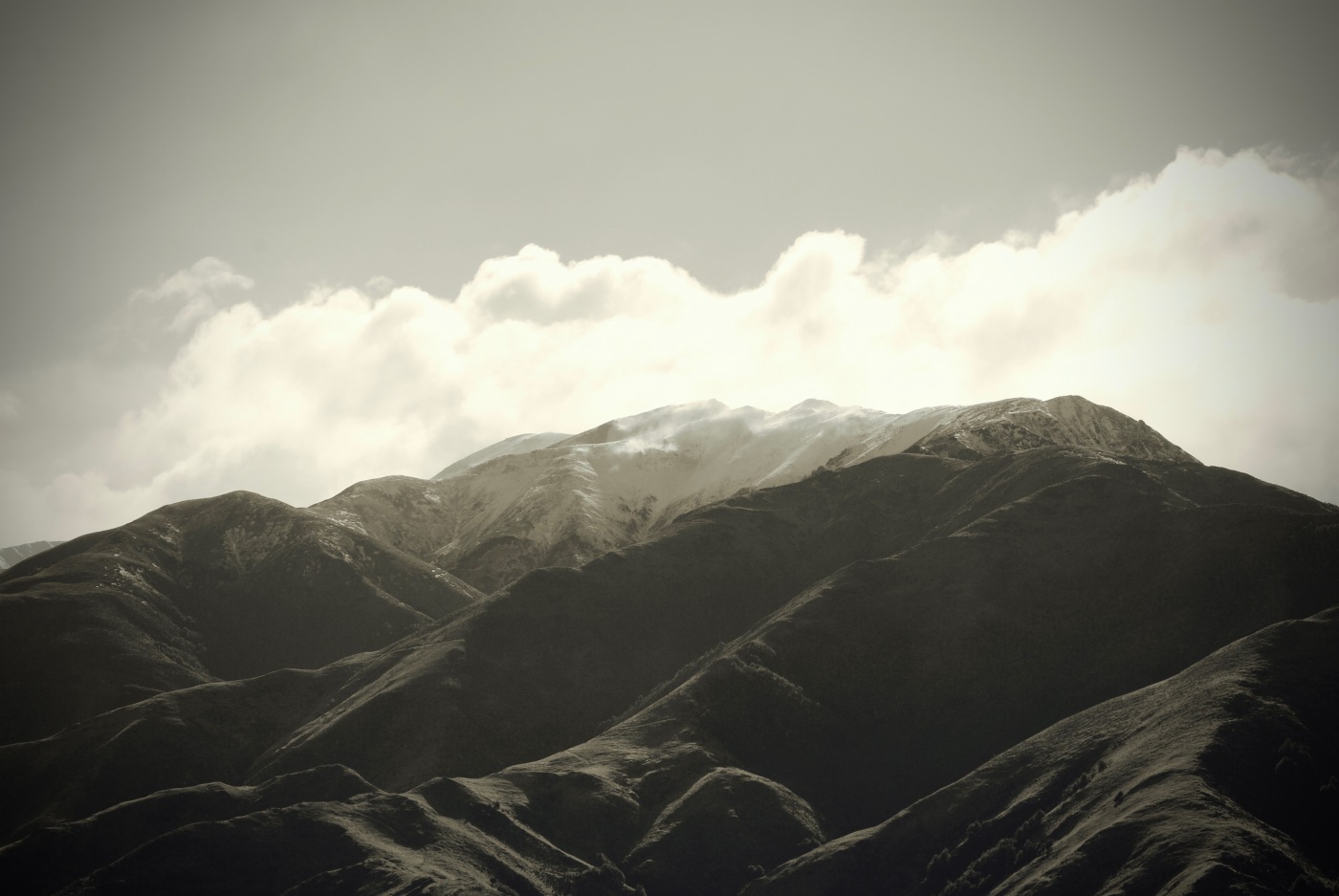 Frank Herbert’s Dune, a science fiction novel published in 1965, is regarded as one of the most important and influential texts of its genre. The novel presents a vibrant universe with political, environmental and social settings depicted in intricate detail.  In Dune, the feudal-based galactic empire is made to centre on one barren, inhospitable planet, Arrakis. Arrakis, also known as Dune, is the sole source of the Spice, the most precious substance in the universe. Spice is found in the depths of Arrakis’ deserts and is crucial to space travel, with the ability to prolong life and expand consciousness. A large part of the novel’s narrative takes place on Arrakis, a focal point for the political intrigues of the feudal houses across the galaxy. Herbert makes use of real-world social science insights to inspire this grandiose narrative and to inform his world-building techniques. The author draws on environmental ecology to examine the relationship between the natural environments and the societies found within them. He further examines the political impact of economic struggles for limited resources and over conflicting interests, such as the use of water and Spice production. General semantics is also used as a tool to analyse the role of language in conflicts of power, including the use of verbal and non-verbal communication to collect information and assert dominance.

Environmental ecology plays a prominent role in this text, as illustrated by the title Dune and the eponymous planet Dune or Arrakis. Herbert explores the effect of the physical environment, including pressures from limited resources, on the interaction between people and social groups in the novel. The natural landscape of Arrakis, with its extreme harshness and dryness, reflect real living environments of certain populations on Earth and depict social conflicts driven by limited resources. Parkerson describes environmental ecology as “the study of the relationship and interaction between organisms and their environment” (Parkerson 318). As such, Dune explores the impact of Arrakis’ extreme living conditions on the behaviour and interactions of its inhabitants, due to the demands of survival. Herbert uses water as the critical resource which drives human behaviour on this planet, whether foreigner or native. The Atreides quickly learn to appreciate the scarcity and value of water upon arrival on Arrakis. In an exchange with Lingar Bewt, a water shipper, the Duke Leto realises that “water was, indeed, power” on Arrakis (Herbert 144). Liet Kynes, the imperial planetologist for Arrakis, confirms that “water is the least favourable condition for life on Arrakis” (Herbert 154) and is the critical factor to survival. Herbert explores the impact of water deprivation on social structures through the Fremen, a group of Arrakeen natives who dwell nomadically in the deep deserts. The conservation of water is an overarching necessity which governs Fremen society. The Fremen live in constant self-preservation, using still-suits to conserve and recycle their body moisture. Furthermore, the recovery of moisture is also woven into Fremen rituals, such as burials and tribal identity. After the death of Thufir Hawat’s men, Fremen soldiers take the bodies to be buried, a process which involves recovering their water. This is known as the “bond of water”, which binds the Atreides soldiers to the Fremen tribe. The Fremen soldier declares that “a man’s flesh is his own; the water belongs to the tribe” (Herbert 241). These harsh living conditions are shown to give the Fremen an advantage in warfare, due to their superior self-discipline. In the final battle against the emperor, the Fremen overcome the Sardaukar, the most advanced shock troops in the universe. Indeed, like the Fremen, the Sardaukar’s power stems from the inhospitable physical environment of Salusa Secundus in which they are trained. However, Arrakis provides greater hardship, thus leading to greater endurance and discipline. Tuek, a Fremen soldier, explains that the Fremen “live on sufferance … Arrakis is our enemy” (Herbert 290). In this way, Dune reveals the important role of the natural environment in shaping societies and dictating the relationships between social groups.

The struggle to control scarce natural resources is also a key element of Herbert’s world building strategy in Dune. The author explores the social and political impacts of conflicting interests and reveals the relative value of natural resources. Furthermore, the economic limitations within the text are closely correlated to ecological pressures. Parkerson argues that within the overarching theme of ecology, Herbert also explores social, political and economic ecologies that rise from the relationship between populations and vital resources (Parkerson 318). The two most important natural resources portrayed in Dune are water and Spice, yet the value of each resource is shown to be relative to the environments in which they are consumed. On the arid, dry surface of Arrakis, water is presented as the most precious commodity sustaining life. After escaping capture, Paul and Jessica are also forced to learn how to survive in the desert. Jessica reveals the burden of this environment: “she refused to accept her thirst. To accept it would require awakening fully into the terrible necessities of Arrakis” (Herbert 228). In contrast, Spice is shown to be plentiful on the planet and of lesser value. One guest to the Atreides comments that “one gets so tired of the Spice in everything” (Herbert 150). However, Herbert establishes a tension between water and Spice on Arrakis so as to reveal the conflicting needs of various social groups. Indeed, in the rest of the galaxy Spice is the more valuable resource. As a result of its economic value to the empire and its addictive quality, the Spice also plays an important role in the conflicts between the Atreides, the Harkonen and the Emperor. While assessing the strategies of their rivals, Duke Leto reveals to his son that the Harkonen had stockpiled Spice in preparation for war, suggesting that a raid would bring tactical advantage: “storehouses are susceptible to destruction” (Herbert 108). After the Harkonen attack on Arrakis, a move which cost a fortune to his house, the Baron Harkonen places his nephew as governor, with orders to squeeze profit from Spice production: “Two things from Arrakis, then, Rabban: income and a merciless fist” (Herbert 269). As such, Spice is essential to the war strategies of both houses. Paul recognises the power he can obtain by controlling spice production, declaring that “the power to destroy a thing is the absolute control of it” (Herbert 541). Paul’s ability to destroy Spice production further jeopardises the entire economy built around Spice distribution: He describes his power as being like a dam “such that you cannot destroy it without destroying the river” (Herbert 541). Spice production is also inversely proportional to the dissemination of water on Arrakis. Where the rest of the universe depends on Arrakis’ deserts to mine for Spice, the Fremen, led by Kynes, aspire to transform their planet into a water-filled “homeworld” (Herbert 360), with profound changes to its natural landscape. This however comes at the cost of Spice production, which relies on the sandy desert landscapes. As such, Herbert highlights the economic pressures at play in this novel, highlighting the central role of critical natural resources in polarising conflict and attracting the attention of the powerful.

The author also explores the role and power of language in Dune, drawing from principles of General Semantics to examine how language, both spoken and unspoken, can be used as a form of control. General Semantics is a field which studies “the use and abuse of language… the effects of communication on behaviour” (Parkerson 320). Herbert’s own studies of General Semantics, along with his work with Hayakawa, a major proponents of the field, enabled him to grasp the power of words and language as a tool for communication. In the novel, the Bene Geserit order exemplify the use of language as a form of manipulation and control. The Bene Geserit make use of language and voice to gain power and manipulate human politics (Herbert 11), promoting the development of new human abilities through language. Parkerson argues that “the whole of the Bene Geserit technology of consciousness is based on general semantics” (Parkerson 320). An example of this is the Voice, a technique where the speaker first listens to and “registers” the listener’s manner of speech, then gains control over them through the power of their own voice. The words used under the influence of the Voice are given tangible qualities to emphasise their power: the Reverend Mother Mohiam’s Voice command is said to “whip” out at Paul, subduing his will to hers (Herbert 6). During a faceoff with concealed Fremen soldiers, Jessica also displays her power over an invisible speaker, thinking to herself “I have his voice and pattern registered now… I could control him with a word” (Herbert 315). In this way, Herbert also illustrates the importance of non-verbal language, such as vocal tones and body language, in conveying meaning. The Bene Geserit also gather knowledge by observing body language, vocal features and implied meaning. In his first encounter with the Reverend Mother, Paul conveys respect and caution through his body language (Herbert 6), a message which she immediately recognises. Jessica also analyses the qualities and weaknesses of her guests shortly after arriving on Arrakis. By analysing the body language and patterns in the conversation, she learns the relationships and interests of important individuals. As such, the interpretation and manipulation of language is shown to play a political role in this novel. Language is used by the Duke Leto conveys to his family a hidden message, while speaking publicly to his guests: “Paul caught the code words in his father’s message – guard-safe-secure-shortly” (Herbert 157). The Duke also uses his body language to publicly create an illusion of conflict between himself and Jessica (Herbert 144). In this way, Herbert draws from principles of general semantics to reveal how language, both verbal and non-verbal, can be used to play a political role in human relationships.

Dune is therefore a seminal text which explores the struggle for power within an intricately developed alien universe. Herbert draws on principles of environmental ecology, general semantics and economics to analyse how power is gained, maintained and transferred within various societies. The novel reveals the power of language in gaining information advantage or dominance over listeners, through technologies such as the Bene Geserit Voice. The author further analyses the impact of natural environments on social structures and individual abilities, such as the superiority of Fremen in combat. The economics of water and Spice also illustrate the power struggle of the Houses Major and the Emperor to control valuable resources, whose value and scarcity are reflective of different ecological environments. In this way, Herbert makes use of social science branches to enrich the text, to underpin his dramatic narrative and to continue to draw readers to Dune 50 years after the novel’s first release.

This Essay was submitted for an University english paper. All Rights Reserved.