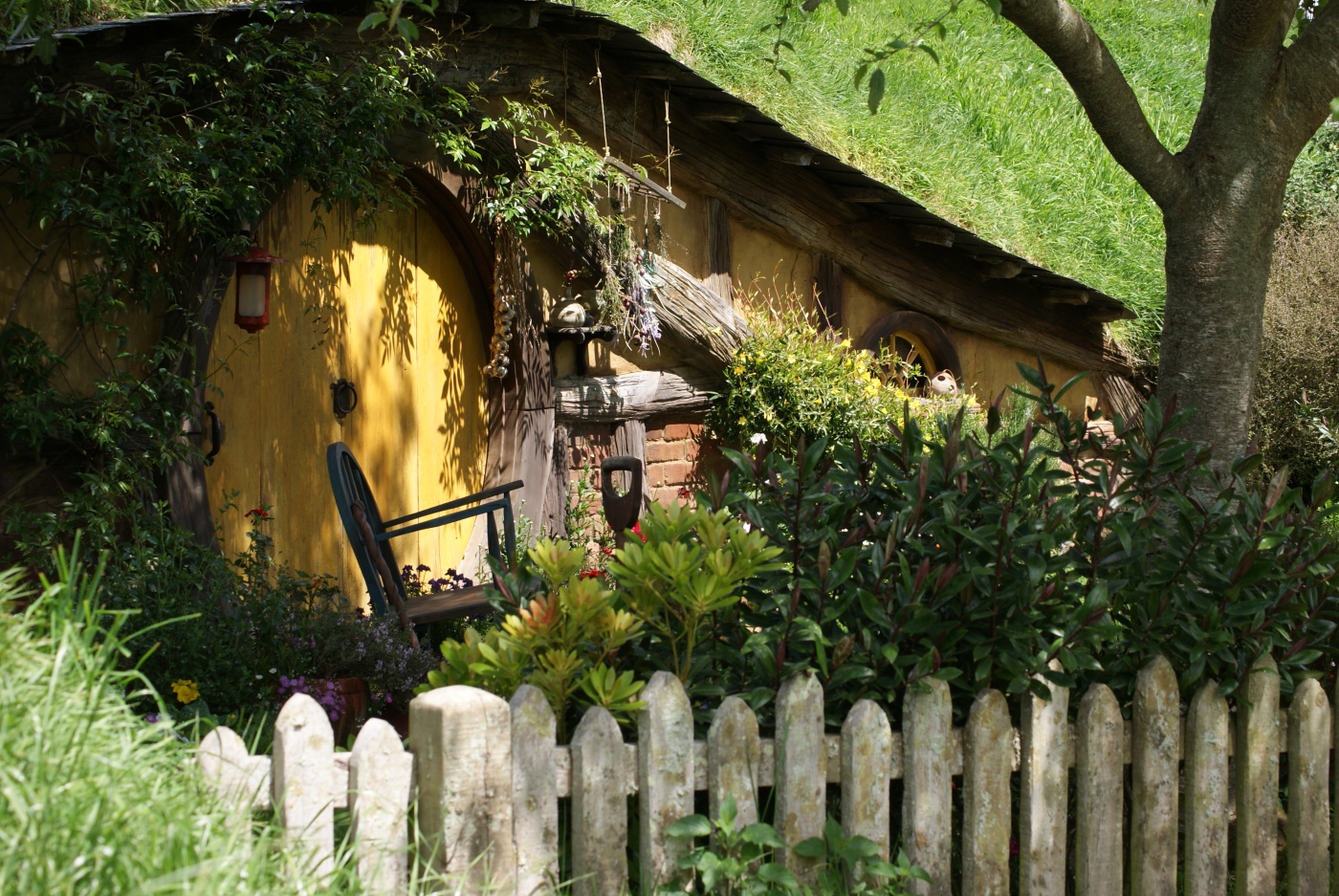 Last weekend, the family flew up to Tauranga for a Judo tournament. I tagged along and made the most of the trip to visit the region.

We flew up in an incredibly noisy Bombardier Q300, treated to spectacular views as the Sun set over the Tasman sea. We stayed in Mt Manganui, the more holiday-oriented area of Tauranga. The sun played hide and seek during most of the trip, but it was reasonably warm and pleasant. We were treated to a beautiful ocean view from our Hotel room; I made the most of it to get some photos, even forcing myself to get up before sunrise.

The highlight of the trip was certainly visiting the movie set of Hobbiton in Matamata. Most of the set of Hobbiton as featured in the movies is still standing, with all the hobbit holes, vegetable gardens and other quaint features displayed. We were able to go right up to the colourful round

doors, walk among the beautiful flower gardens and take in the views of the shire (in all its hobbit-sized quaintness). My enjoyment was somewhat tinged with melancholy as I keenly noticed how absent the whole set felt, with no Hobbits running around and peering out of round windows in the hills. The tour concluded on a very high note, with complimentary drinks at the Green Dragon Inn (see Lord of the Rings). I chose a mug of fresh cider, enjoyed in front of a crackling fire. Pretty Damn Cool.

On the second day we visited Rotorua’s famous Te Puia park, with its geysers, boiling mud pools and sulfurous smells. The park emanated a similar sense of wonder, with plumes of steam drifting out of cracks and crannies along the paths and rising out of the bush. This reminded me of Middle Earth’s Mordor, though much more peaceful and sunny than Tolkien’s descriptions. After having our flight home cancelled, we were sent to Auckland as a detour. The stopover was vastly improved by the Koru lounge, with its excellent food and beverages – Old-Fashioned-inspired bourbon, lemon quarter and ice for me.

Overall, the weekend was very pleasant and immensely enjoyable. Big thanks to the Fam for bringing me along.